Get a complete overview of your marketing performance

Improved prescoring can reduce the number of failed loan applications and reduce the burden on front-office employees. Let’s see how the Asian-Pacific Bank improved the quality of loan forecasting and began to screen out irrelevant applications immediately. 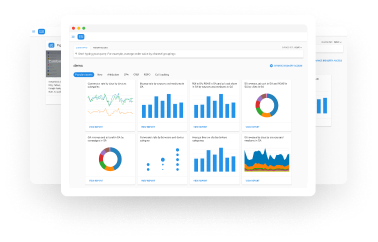 Grow faster by measuring what works best in your marketing

By optimizing business processes, the Asian-Pacific Bank aims to transform services into an online format. On the bank’s website, customers can apply for a loan. We used a shortened form with 23 fields, 19 of which are mandatory to fill.

In an effort to provide clients with a response that is as close as possible to the decision made in the department, we decided to collect the missing information online (expand the application form to 33 fields with 25 mandatory to fill out). There were fears that a complicated form would reduce the number of questionnaires. At the same time, it was expected that a more informative questionnaire would improve the quality of applications and save time for customers and employees of the bank. 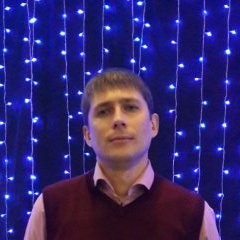 Hypothesis: An expanded loan application form will reduce the rate of conversion to applications, but at the same time will increase the quality of applications.

We conducted A/B testing of credit card applications by launching an experiment with two form options: short and long. In the short form there were 23 fields, 19 of which were mandatory. The extended form had 33 fields, with 25 being required.

Asian-Pacific Bank was ready to abandon the expanded questionnaire if the number of credit cards issued decreased: The decrease in conversion to sales was not to exceed the economic benefit of reducing the burden on bank employees.

Since the changes in the form were significant and affected the logic of its work, a server-side replacement mechanism was used to implement the test.

The version of the questionnaire to display to a potential bank customer was determined by a server script and loaded without visible delays for the user.

The main advantage of this approach is the absence of a time offset of contracts and applications: the agreement is attributed to the day on which the application was received.

According to Google Optimize, the conversion rate of the extended application form was expected to decrease by 1%.

Based on test data, it seemed that the test was unsuccessful. But to reach a final conclusion, we needed to see how experimental applications were converted into contracts. This required additional time, as up to 60 days can pass between the submission of an application and the conclusion of the contract.

It’s worth reiterating that the goal was not to increase the conversion rate but to maintain it while introducing a complicated application form. Testing was needed to control the height of the fall.

It turned out that if you evaluate the results relying only on applications, the conversion rate falls. But thanks to advanced analytics, it was possible to track that conversion to contracts not only didn't fall but grew slightly.

Based on A/B testing conducted by D'Terra, Asian-Pacific Bank added fields to the application form, deliberately complicating it. It was possible to confirm the bank’s hypothesis that conversion to applications would be reduced but the quality of applications would increase by collecting raw data using OWOX BI Pipeline and combining that data with contract data in Google BigQuery.

The test showed that when the number of fields increases, mainly low-quality applications are not submitted, which doesn’t affect the final conversion to contract. This means that the bank doesn’t lose anything. Moreover, a long form increases the final approval rate. It’s important that the number of contracts did not decrease when the form was made more complex.

Discover how OWOX BI analytics can boost your business